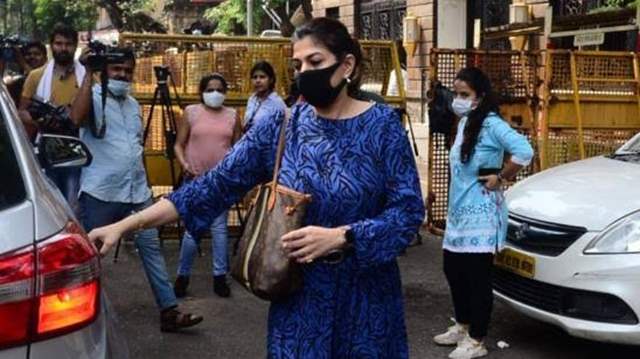 The special investigation team (SIT) of Mumbai Police had summoned Pooja Dadlani, manager of Bollywood actor Shah Rukh Khan on Monday, but she failed to turn up citing ‘health issues’.

Also actor Chunkey Pandey’s brother Chikky Pandey, whom K P Gosavi one of the witnesses in the cruise drug bust case had contacted to get in touch with Dadlani, also failed to turn up before the SIT, citing Covid-19.

According to reports Pandey reportedly helped Gosavi to get in touch with Dadlani.

The SIT was constituted by Mumbai police after Prabhakar Sail, personal bodyguard of Gosavi, filed a complaint with the MRA Marg police.

Prabhakar had alleged that he had overheard Gosavi talking over the phone to one Sam D’Souza about extorting money in the drug case and a Rs 8 crore payment to be made to NCB zonal chief Sameer Wankhede.

However Sam D’Souza claimed Dadlani paid Rs 50 lakh but the money was returned after they realised Gosavi, who promised to prevent the arrest of Khan’s son Aryan, was a cheat.

ACP Milind Khetle (Azad Maidan division) has been leading the SIT probe and will submit his report to the police commissioner.

The SIT has so far recorded statements of 15 people and is likely to summon more people.

Statements of Sail, hotelier Ranjitsingh Bindra and one Mayur Ghule have been recorded.

The SIT also recorded the statement of another person, Vijay Pagare, who claimed to be privy to pre-raid discussions and told the city police that Aryan was framed by certain individuals to make money.

Let us tell you SRK's manager Pooja Dadlani was summoned by the Mumbai police. Sources from Mumbai Police have revealed that Pooja has been issued a summon in the extortion investigation attached to the on-going drugs raid case.

She may also be issued a summon by the vigilance team at the Narcotics Control Bureau.