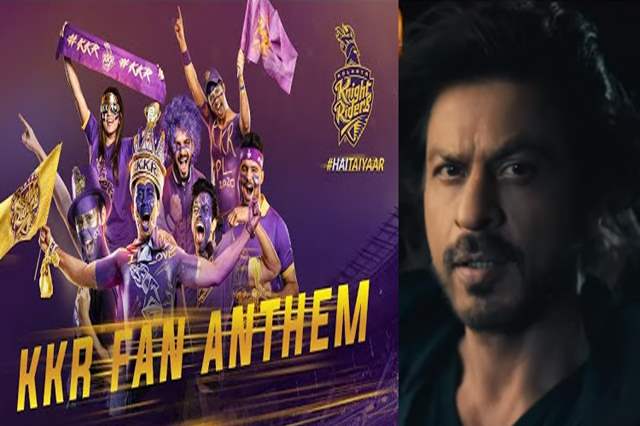 While the entertainment industry is all about the big names and the big guys coming in to enertainment one and all, there was a blend introduced over 12 years ago that managed to have the millions and millions of Indians (even global) engaged than ever.

While entertrainment is one cornerstone that unites the masses, the sport of cricket is another factor that covers millions too.

The blend of this was introduced in the form of IPL (Indian Premier League) back in 2008 and it continues to have a stronger impact even today. While the attachment of Shah Rukh Khan coming in to buy a team called Kolkata Knight Riders was enough in itself back in 2008, their fan anthem Korbo Lorbo Jeetbo also created a huge noise.

The anthem continues to be loved even today and is still the manner in which the fans sing about their favorite team. However, after all this time and all these years, Khan and the team has decided to unveil a new fan anthem for everyone and none other than Khan himself went on to unveil that. Titled LAPHAO which means jump in Bengali, sees the artists in the video taking that jump which expresses joy and fearlessness. The music also compiles of KKR players jumping on the field after securing a wicket or playing an extravagant shot.

The music video composed by Badshah also features the composer in it which immediately lifts the mood of the anthem. Neddless to say, Khan features in the anthem too where he is sporting his new look of long tresses and a hoodie. Khan’s Tweet read, “You heard the beats, now watch the moves! Groove with the @KKRiders and our fans to the hottest fan anthem - #LAPHAO! Kuch yaad rakhna hai to bas ye yaad rakh... Ke Tu Fan Nahi Toofaan Hai! Huge thanks to @Its_Badshah from the KKR family. https://bit.ly/3jfAjs3”-

Did you like the new KKR Fan anthem as muh? Leave in your comments below.