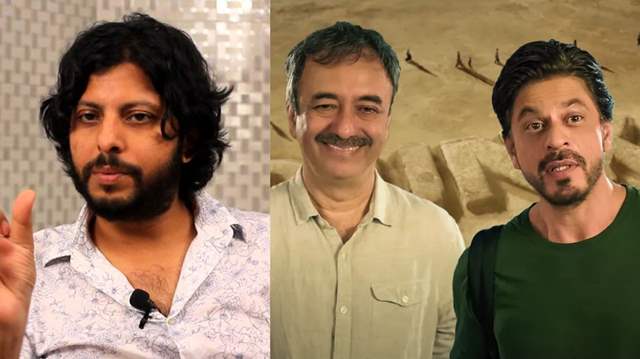 The teaser for Shah Rukh Khan's movie Dunki, in which SRK and director Rajkumar Hirani engage in some type of banter, has generated a lot of noise. As you are aware, the movie has begun production, and it appears that the first schedule is completed. However, it has been reported that the movie experienced a minor snag when its DOP (Director of Photography/Cinematographer), Amit Roy, left the crew.

Amit Roy has shot films like, 'Love Aajkal 2', 'Sarkar' and 'Sarkar Raj. Talking to ETimes about the same, Amit quoted,

"Yes, I am not doing 'Dunki' anymore. I shot for 18-19 days and quit. Raju Hirani and I had some creative differences. We both couldn't see from the same angle. But let me tell you that the parting was very amicable. We both sat down and then I quit. Honestly, I didn't want it to reach a stage of friction."

Roy went on to say that he greatly respects Hirani and that it is terrible that they couldn't come to an agreement. He recorded the song "Baba Bolta Hai Bas Ho Gaya" for Hirani in the movie Sanju and they had quite a fun . He has also created a couple advertisements for him. But creating an advertisement is a team effort in which the client's vision is important. But the director's vision is what matters when it comes to a movie, he concluded.

After Roy quit, C K Muraleedharan took over. Known affectionately in the business as 'Murli', he has collaborated with Hirani on the films 'PK','"3 Idiots', and 'Lage Raho Munna Bhai'.