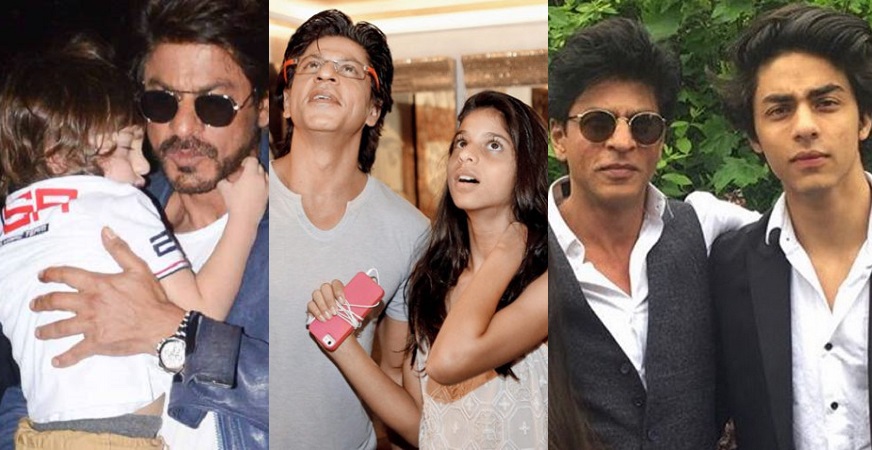 Shah Rukh Khan has time and again set amazing daddy goals. Even after being hell tied up with work and packed schedules, the superstar never fails to be a doting dad for his three children. Be it taking his daughter's tuition, spending an evening with AbRam besides the sea, Teaching Aryan the important lessons of life or extending his support towards his wife Gauri on her independent ventures, SRK does it all!
And, yet again he has proved to everyone that for him, no matter what, his family comes first!
Reportedly, Shah Rukh Khan has decided to not be a part of IIFA awards that will be taking place in New York this year. Reason? He wants to stay by his elder son, Aryan Khan's side when he undergoes a surgery that will be taking place around the time of IIFA event.
Instead of attending the prestigious awards, SRK has opted to be with his son during his medication.
"Shah Rukh's son Aryan broke his nose while playing football at school. Aryan is already on medication, but the doctors have advised him to undergo surgery. SRK will be travelling abroad for that. It has been scheduled around the same time as the award function, and his priorities are very clear. The concerned father will obviously prefer being by his son's side," reported DNA.
Indeed, King Khan surely knows to fulfill his daddy duties to the mark!
0 Likes