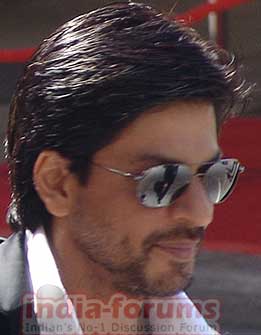 New Delhi, Nov 13 (IANS) Bollywood superstar Shah Rukh Khan is among the 90 bidders for a franchise from among the teams competing in the $3 million Indian Premier League (IPL) next year, a top Board official said Tuesday.

Even as some of the top business names have been mentioned among bidders, cricketer Sachin Tendulkar, whose name was also doing the rounds, will not be allowed to bid, as the Board will bar current cricketers from bidding for a franchise.

'Shah Rukh Khan has bid for a franchise,' the official told IANS.

According to the official, England-based Lord Swaraj Paul is also in the fray. 'There are a lot of prominent businessmen and personalities among the 90 bidders we have received so far,' he said.

While the franchisees will also bid for the players, some 'iconic' stars like Tendulkar, Rahul Dravid and Sourav Ganguly will play only for home teams.

The floor price for the bidders has been fixed at $50 million.

Mumbai, the game's hub and home to the Board of Control for Cricket in India (BCCI) headquarters, and Delhi, where the board was formed in 1928, are amongst the big favourites with bidders.

A final decision on the teams, the league format and other related issues would be taken at an IPL governing council meeting Nov 17 in Jaipur.

he IPL, conceived by BCCI vice-president Lalit Modi and backed by the International Cricket Council (ICC) and all 10 Test-playing nations, will comprise 56 matches in Twenty20 format.

IPL will feature eight teams, with each playing home and away games against the others. After the league matches, the top four teams will play in the semi-finals with the grand final scheduled towards April-end.

Each franchise/team will have a squad of 16 players registered with the BCCI and drawn from its central contract pool. Moreover, each team will also feature under-21 players and those from the BCCI's annual contract.

All matches will be played under floodlights at BCCI-designated stadia across the country for a total prize purse of $3 million, making this the richest cricket tournament in the world.

There will be eight franchises for the first year and the IPL hopes to double that number to 16 by 2010.