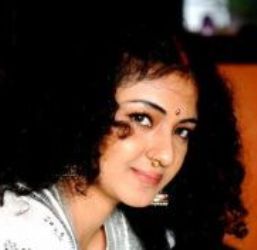 Tellybuzz was the first to break the news about Ila Bedi Dutta's Trilogy Krikos coming up with a promising story for Zee TV, titled Hitler Didi, starring Rati Pandey. The title track of Hitler Didi is sung by the sensational Sunidhi Chauhan and the promos of the show set in the authentic locales of Delhi are leaving the tongues wagging.

The entire cast was revealed leaving aside actress Shabnam Sayed, the Bollywood face who will also be seen in the show.

Talking about her character Shabnam says, "I will be playing Jhampa, the step mother of Indira (Rati Pandey). Indira's father has married me in spite of having a wife who is alive and that's the reason why the whole family hates me. I am not a negative character but I am abnormally negative. I am very loving but obsessive. It was nice shooting with such a promising cast in Delhi and I am looking forward to my character on the small screen. Hope the audience likes me."

With Shabnam Sayed roped in to play a striking role, one more seasoned actress joins the bandwagon…

From Sid, Bunny to Ved, Barfi: Life Lessons that Ranbir ...
18 minutes ago

exclusive
Exclusive Bigg Boss 14: Sakshi Chopra decides to give the show a miss ...
55 minutes ago