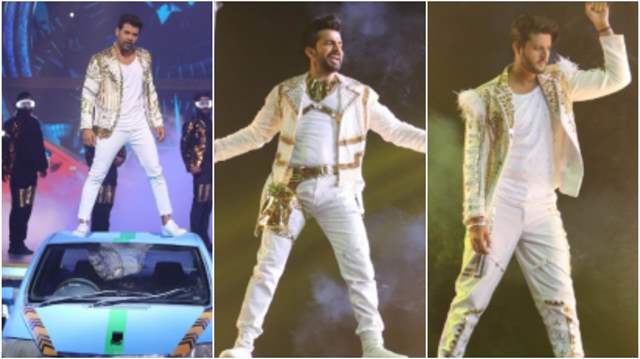 Having entertained its audience with popular fiction offerings and clutter-breaking reality shows throughout 2022, it’s that time of the year once again when Zee TV acknowledges the contributions of countless actors, directors, producers, creative teams, and technicians who work round the clock to keep everyone entertained with the celebration of Zee Rishtey Awards. The mega extravaganza will celebrate the deeply cherished relationships of the viewers with their favorite characters like never before this year. While it is a massive celebration in itself with tons of entertainment for one and all, this year is even more momentous as Zee TV celebrates 30 glorious years along with Zee Rishtey Awards, which will air on the channel on 9th October from 7 pm onwards, only on Zee TV!

While the awards and starry night will get you all excited, we must mention that all the performances by the Zee Kutumb stars will blow your mind away. That’s not it! A full of stunts act performed by the boys- Shabir Ahluwalia a.k.a Mohan, Shakti Arora a.k.a Arjun, Shagun Pandey a.k.a Meet Ahlawat, and Manit Joura a.k.a Rishabh to the songs Challa, Ji Huzoor, Dus Bahane 2.0, Sultan, Eyy Bidda Ye Mera Adda and Nacho Nacho will keep everyone at the edge of their seats.

In fact, the boys did not just entertain the audience throughout their performance but won everyone’s heart with their grand and daredevil entry on stage. While Shakti Arora a.k.a Arjun from Kundali Bhagya entered on a helicopter for his performance, Shagun Pandey a.k.a Meet Ahlawat from Meet and Manit Joura a.k.a Rishabh performed with fire on their arms. Although Manit accidentally burnt himself during his performance, he still finished his performance seamlessly.  Even Shabir Ahluwalia a.k.a Mohan from Pyar Ka Pehla Naam Radha Mohan happened to injure himself while making his grand entry on a bike by breaking a big piece of glass, but that did not stop him from giving his best in his act.