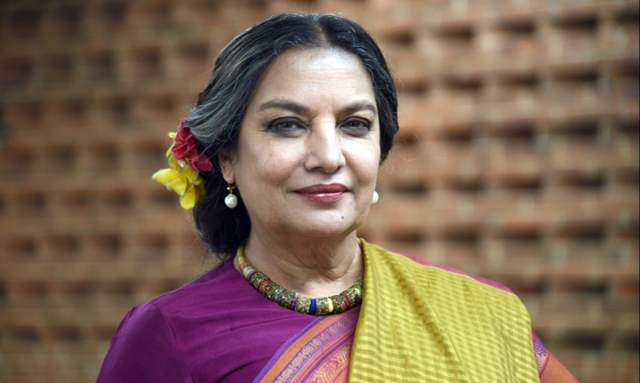 Shabana Azmi’s car accident sent shock waves across the nation. However, she has majorly recovered from the shocking incident which had occurred on the Mumbai-Pune-Expressway. In a recent interaction with Mumbai Mirror, Azmi talked about the same and revealed, “It’s a miracle I survived without breaking any bones.”

I have recovered 90 percent, but there is still some pain in my arms and palms because of the whiplash on my neck. Doctors tell me it will take another couple of months to heal. It’s a miracle I survived without breaking any bones. I’ve broken my shoulder, wrist, and foot in the past.

Husband Javed Akhtar was reportedly traveling in another car when Shabana Azmi’s vehicle reportedly collided with a truck.

She even shared Akhtar’s thoughts post the accident and said, “Javed says when he saw me covered in blood, he had his heart in his mouth till I reached the ICU. Mercifully, I remember nothing, but I’m grateful for all the prayers and blessings I received from all over the world, which had a big hand in my recovery.”

The 69-year-old actress was severely injured and was rushed to the nearby hospital from the accident spot - the MGM hospital in Navi Mumbai. Later, she was shifted to the Kokilaben Dhirubhai Ambani hospital.

This unfortunate incident had caused distress amongst the family members, who had been doing the rounds of the hospital to pay a visit to the actress.

Azmi has joined a unique project titled The Decameron 2020, wherein authors from various countries pen thousand-word tales about the pandemic.

Recently, Shabana Azmi partnered with a few NGOs to help the needy, underprivileged, migrant, and daily wage workers amid the lockdown. She has successfully provided ration, cooked meals, and sanitation products to 10 lakh people across 172 districts.