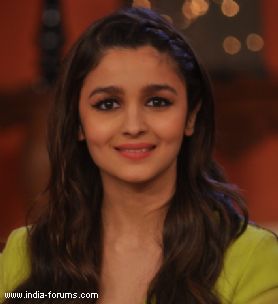 Immediately after seeing her performance in Imtiaz Ali's "Highway" Shabana Azmi rushed to the Bhatts' residence to congratulate the parents and their daughter Alia for the 20-year-old's extraordinary performance.

The multiple National award winning actress, acknowledged by many cineastes as among India's finest, sees Alia as the true inheritor of her talent. Interestingly, Alia's father Mahesh Bhatt has compared her performance in "Highway to" Shabana's sterling career-defining performance in 1982 film "Arth".

Shabana, who won a National award for her work in "Arth", agreed with Mahesh Bhatt's assessment.

"Javed (Akhtar) and I went straight to Alia's house after watching 'Highway'. We were both profoundly moved by her performance. I am so very proud of her," said Shabana.

Shabana takes no offence that Alia's father has compared her two-film old daughter to her.

"Mahesh doesn't say this lightly and he doesn't say it because Alia is his daughter. He compares Alia's performance to mine because he genuinely believes that the girl has achieved an exceptional level of performing prowess so early in her career. And Mahesh is right," she said.

Shabana feels Alia has got what Shabana did in "Arth" in no time at all.

"Alia's achievement is all the more laudable because I did 'Arth' after nine years of facing the camera. Alia has done it in her second film. That's amazing! Alia took me completely by surprise. She possesses both vulnerability and insouciance," she said.

Alia's protective step-sister Pooja Bhatt may plan a film with her baby sister.

"If 'Student of the Year' launched Alia as a young star, 'Highway' has launched her as an actor. I am so proud of her and I shall remain ever-grateful to Imtiaz Ali," she said.

exclusive
Exclusive Ashnoor Kaur on music video with Millind: It is something ...
a minute ago

Anurag Kashyap to soon record his statement, after Payal ...
40 minutes ago

Breaking
Breaking Namish Taneja back on ‘Aye Mere Humsafar’ sets after ...
2 hours ago

No Escape Plan for Rakul; To Appear for Questioning before ...
2 hours ago