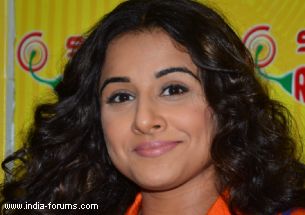 Actress Vidya Balan says her forthcoming film "Shaadi Ke Side Effects" is not just for those who are married. All types of viewers will be enjoy the entertainer, she believes.

Excited about the movie, in which she features with Farhan Akhtar, Vidya just hopes that "everyone will like it - be it those who are married, who are getting married, aged couples or even teenagers".

"Everyone will like it because it is a relationship-based story. It will make you laugh and you will relate with it," the 33-year-old said here on the sets of TV serial "Bade Acche Lagte Hain", for which she shot a special episode for her film's promotion.

Vidya said that at a recently held private screening of "Shaadi Ke Side Effects", people could relate to the movie.

"We had a screening for close family and friends and everyone said they felt it was their life running on screen. I think this is what Saket Chaudhry, the director wanted," Vidya said.

exclusive
Exclusive Akanksha Puri on why it was important to leave Vighnaharta ...
11 minutes ago

Bigg Boss 14: Prince Narula to enter the show with Sidharth ...
38 minutes ago