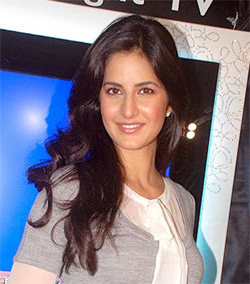 Gorgeous Katrina Kaif has an added reason to smile. A UK men magazine that conducted an online poll in India has rated Katrina to be the ‘Sexiest Woman in the World’. Born in London, Katrina’s career is on an all time high at this moment. Not only she has been tagged as the ‘Sexiest Woman, but she also has several hit movies under her belt. The actress has given the credit to his million fans who took their time off and voted for her.

The angel-faced has not only defeated Bollywood actresses like Kareena Kapoor, Deepika Padukone and Bipasha Basu but also Hollywood beauties like Angelina Jolie and Scarlett Johansson, singers Rihanna, Madonna and several other sexy women around the world who were included in the poll.

Katrina’s boyfriend and Bollywood’s spoilt brat, Salman Khan, has already been rated to be the sexiest man in the world. It would be really interesting to watch their sexy chemistry in Subash Ghai’s upcoming film Yuvaraj.
Featured Video