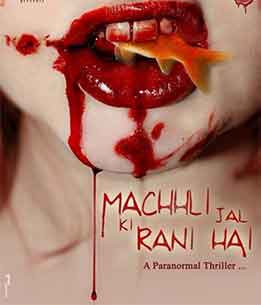 "Machhli Jal Ki Rani Hai" is yet to hit the screens, but its director, Deboley Dey, is already thinking of a sequel to the horror film.

He says the movie's climax is such that it can lead to a sequel.

"It's not an abrupt ending, but the story culminates to an interesting ending then obviously the last shot gives you a feeling that the journey has not ended. That journey might lead to another story, another adventure and another thrill," he added.

However, for now, the focus is that the movie should "do well at the box office".

It's a medium budget film and Dey is confident it will recover its cost.

"We have done a lot of special effects and shot outdoors. If the story is interesting, then the film will run. We have come with an interesting story and after a few screenings, we have got a positive response. We're hoping the film will recover its money," he added.