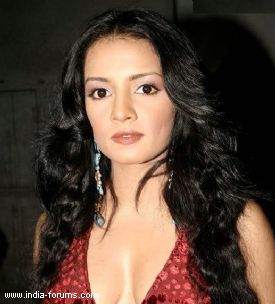 Soon after the Supreme Court refused to review its verdict on Section 377, actress and gay rights activist Celina Jaitly, currently stationed in Singapore with her husband and twin children, expressed shock and disbelief at the verdict.

The Supreme Court Tuesday dismissed a plea of the central government, NGO Naz Foundation and others for the review of its Dec 11, 2013 verdict holding homosexuality to be an offence.

However, Celina is still hopeful.

"I hope Parliament will address the issue and all the political parties, regardless of their political and religious affiliation, will come together to uphold the constitutional guarantee of life and liberty to all citizens. And that includes those affected directly by Tuesday's judgment."

The actress also says that her heart reaches out to the gay community in India.

"Thousands from the LGBT (lesbian, gay, bisexual and transgender) community came out in the open to protest when their sexual identity was challenged during the past four years. And that too after the Delhi High Court had decriminalized gay sex.

"Now the gay community is back to Square One. They face the threat of being prosecuted for choosing the partners that they want. I can't think of a greater injustice," she said.