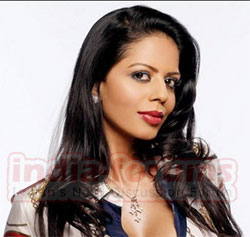 Featured Video
ing for Karan Razdan's film, 'Mr. Bhatti on Chutti', in London. Well, the reason was not that severe, but yes, the condition of the actress got really severe!

The actress was shooting for the film along with Anupam Kher in the typical freezing temperature of Northern England, when the actress just could not manage the cold and took ill. To avoid further problems, she requested the designer to make her comfortable in leather pants, boots and fur-lined denim and leather jackets. But the actress was in for a shock when she heard that Karan refused to sanction the attire she wanted. Wondering what the reason was? Well, Karan, being a devoted animal lover, said 'No' to any kind of leather or fur, and this only ended in Bhairavi shivering and sneezing on the sets all the time!

Being an animal lover is fine, but wonder what theory explains Karan's negligence when it came to Bhairavi's health!