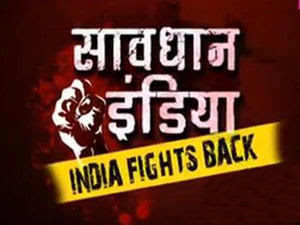 Life OK's popular show Savdhaan India- India Fights Back Season is one crime based show which has always grabbed the attention of masses. Besides portraying real life stories, it also passes a social message and makes the viewers aware about the laws related to the crime.

Well we came to know from our reliable source that this crime based show Savdhaan India has completed thousand episodes. Earlier a daily soap Sasural Simar Ka completed 1000 another show non fiction show to join the league of 1000 club is Savdhaan India.

Many television actors like Rashmi Desai, Shilpa Saklani, Neha Saxena, Sara Khan and many more have been a part the show for their series which makes this show more captivating.
Our source says, "Savdhaan India is planning a celebration on the completion of 1000 episodes on November 12 . On November 17 the show will come up with its season 3 ."
Our source further adds, "Savdhaan India Season 3 will be different from other seasons. The episodes will be more captivating and they are going to emphasize more on the narration and screenplay.The way revenge is taken by the victims will be portrayed more effectively."
We congratulate the team of Savdhaan India for their achievement!
Phalguni Sharma

pallavi25 6 years ago Congratulations, Savdhaan India! Love this show, its so gripping and interesting! Best non fiction show on TV!