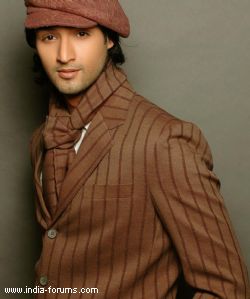 A Contiloe production is making a mythology on Star Plus tentatively titled as Sati for which Mouni Roy has been finalized to essay the lead role of Parvati (Shiv's wife).

As the show progresses, a few changes and development have taken shape. "One such is the inclusion of actor Saurabh Jain in the core cast of the show. Having made an exit from Colors Parichay Nayee Zindagi Kay Sapno Ka recently, Saurabh has been approached to play Vishnu. The show has been renamed as Mahadev and the final casting is still on,"adds source.

"The Contiloe show has been handed over to Triangular Production, the producers of Baba Aiso Varr Dhundo. Therefore, the whole cast except Mouni Roy has been changed. Saurabh Jain, last seen in Parichay has been approached to essay the role of Vishnu in the show," said an industry official.

We contacted Saurabh Jain who asserted, "Yes, I have been approached for the show and talks are on, nothing has been finalized as of now."

It seems last minute changes have become a daily routine in tellydom. Its the viewers who have to adapt to them...

sitakshii 8 years ago he played LORD VISHNU in the topper show of Colors chanel JAI SHRI KRISHNA ...before ..wud love to see him as LORD VISHNU ...he has got a humble and innocent face ...

-sahasra- 8 years ago i'm happy for saurabh,he got oppurtunity immediately after parichay.all the best for his show.

HaHaHeHe-Hupp 8 years ago great , all the best to him for his new show..

-Preeti- 8 years ago saurabh has done mytho before too i guess. Wishing him luck for this show too

Rehanism 8 years ago Ah..The show has been renamed as Mahadev!! They had to do this, or else it would have ended in 4 episodes!

soulstarspirit 8 years ago All the best Saurabh

radhikarani 8 years ago love u as vishnu in JSK, again happy to c u again as vishnu