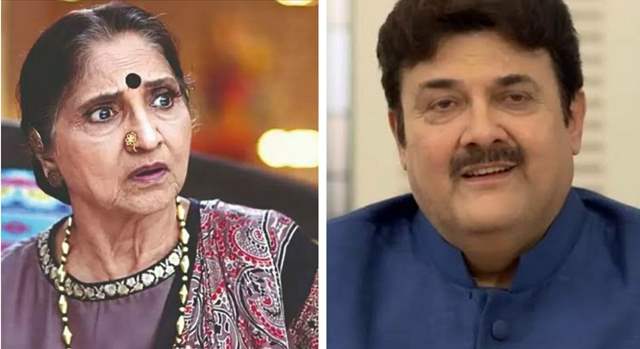 It came across as quite a shock recently when it was confirmed that veteran actor Rasik Dave passed away after prolonged illness.

The actor, who was the husband to popular female actor Ketki Dave suffered a kidney failure, where he was on dialysis since the past couple of years.

Now, the legend went on to talk about her son-in-law - the actor and being a part of the family.

In an interview with ETimes TV, she said, "Rasik was only 22 when we did the play Kshan vatta Kshan many years ago. He was very good-looking, talented and I liked working with him. We did many plays together and one day, I came to know from a source that he was dating my daughter Ketki. After some time, when Ketki and Rasik got married, I realised that I found a son in him. I used to be very busy with plays and TV shows and we were an entire family of actors." Sharing how Rasik played an important role in the TV show Ek Mahal Ho Sapno Ka, the veteran actress said, "It was one of the first Hindi TV shows that had many Gujarati actors in it and he had a good role in it. He did many good plays and shows. He had also become producer for plays along with my daughter Ketki. They worked together and contributed a lot to theatre."

She concluded saying, "I used to regularly meet him in the past few months and had even gone a day back to see him at his home. He was a bit weak. We will miss him a lot and I will remember him as one of the good actors. For me, he was an actor first and then my family."

We hope the family is able to power through this rough time.