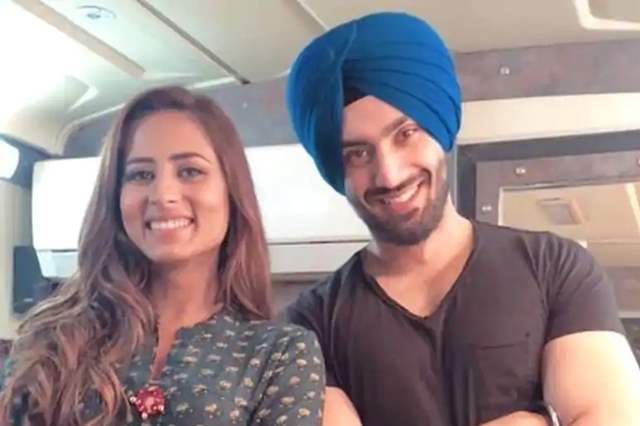 Bigg Boss 14 did witness one of the biggest developments possible last night where not only the seniors exited the show but also Eijaz Khan and Pavitra Punia were sent into the red zone. What was actually the most shocking development of all - was the sudden midweek elimination of Shehzad Deol. The Ace of Space star was given the 'gayab' robe which meant he was an unconfirmed contestants and not even a fresher like others. However, out of nowhere when Sidharth Shukla's team lost the task and were shown the door - Deol was also asked to exit the door with them.

Ever since Deol has come out, fans of the show have been questioning the elimination process and how it has been unfair to him. He even went on to post about the same last night in a crptic manner of the whole episode was unfair.

Now, actor and friend Sargun Mehta who voiced her support for Deol before the show began has also come out to express her support yet again and call the development - unfair and biased. She posted saying, 'Shehzad your Bigg Boss journey started off with quite a band as you were seen to be one of the strong contenders, but has unfortunately ended on a very biased and unfair note which is upsetting for us all, including your fans who have voted to no end! Though you have been a good sport and very strong through it all, and with the way you have taken stride, it's going to take you places in life"-

What do you have to say about this entire episode? Leave in your comments below.