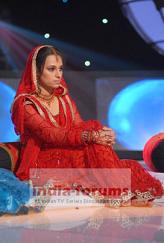 The 6th Agnipareeksha round of the contest scheduled for this week is a complete action cum tension packed package and it will not only keep the viewers glued to the screen with all the happenings and performances but the Friday episode will also make viewers dance to its tunes.
This Friday, the theme for the episode is dance numbers. So, get ready to listen to, and tap your feet to some groovy peppy and shaky numbers. Let your hair lose to some top popular chartbusters of all times. We will get to see some rocking performances this week but who all steals the show? Well, that is a surprise. Yes, this week now the mentors decide to get hold of Aneek and try to get to the bottom of his love triangle controversy.
Featured Video 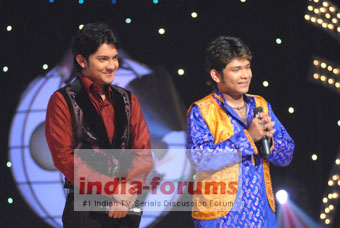 After last week’s simply captivating performance by Raja, Aneek and Poonam, they find themselves on top of the voters chart. Raja Hindustani tops the votes followed by Royal Cub of Bengal Aneek and Pocket Size Powerhouse Poonam respectively.
If the top 3 positions were according to expectations then the announcement of the bottom3 in trishanku’s gave a big shock to all and made the mentor’s hit the roof. In Trishanku we find all the three Pakistani contestants Junaid, Musarrat and Amanat. 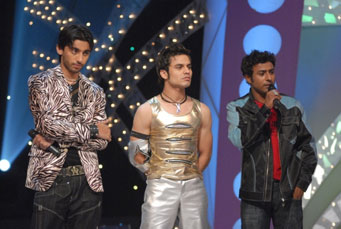 The results were so shocking for all that the whole set came to a stand still. All three contestants got tensed and disheartened. Mentors strongly objected and result announcement thus got postponed to Saturday.
On Saturday the controversy continues and all were waiting for the results. But suddenly there is a twist in the story when the mentors and the directors come to a conclusion of not eliminating anyone this week and continue the friendship that was celebrated between the two countries during the Independence Day special episode. Thus, all nine finalists are through to the next round and the this week votes will also be carry forwarded for the next week. 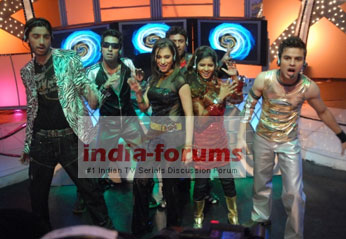 With all joy and happiness of no one getting eliminated, the nine finalists sing Qawalli songs as that being the theme of for this episode. There are no celebrity guests for this week. Aneek once again gives a mindblowing performance on a Sonu Nigam number Tumse Milke Dil Ka from Main Hoon Na. Raja sings "Piya Haazi Ali", AR Rehman composition from the movie Fiza. While Sumedha proves herself by singing "Nigahein Milaane ko ji chahta hain" and Amanat even after being in bottom 3, gives stunning performance for the song Parda Hai Parda from Amar Akbar Anthony. Himesh is very impressed with Aneek's performance. But Saturday will now see not him but again Amanat being dragged into the same triangular love story. Yes Shekhar fans will again get to see their favourite blushing when Aditya tells all that he has the maximum fan following.
So dear viewers, this week the show has a lot to offer. It is a mixture of emotion and suspence, cry and laughter. What is the actual reality, what awaits the Trishanku’s? Who all rocked the show this week, to know all that and more, please tune into Zee TV on Friday 17th and Saturday 18th at 10 PM IST without fail.
Author: Barnali

14 years ago its so like bad if amanat leaves the show :(

14 years ago thank god no one is elimented to tell you the truth all 3 if them r fantastic singers!!!!!!!!!! somebody told the media that the three of them said no to performing bharti songs. that's not true and who ever said this to the media it was very immature.

+ 5
14 years ago Ohh god i never expected Zee to go this much down for there TRPs..chalo honi ko kaun taal sakte hai..
But this show is simply planned.... but i think this week junaid will make a exit......

14 years ago whew!!...thank god no ones eliminated

14 years ago omgg phewww thank God they didnt eliminate any of em!

14 years ago *sigh*... thankgod that they didn't eliminate any of them..

14 years ago thanks alot for the article..
i think maybe all 3 pakistani's in trishanku and no elimination was scripted.. cuz i mean seriously.. right after the independence day special.. having these three in the bottom 3 cant be co-incidental.. trps.. =\
just my thought.. no offense.. =D

but yes.. qauwali rounds seems pretty interesting.. cant wait for all the dancing and the love triangle.. altho that seems scripted too.. lol..