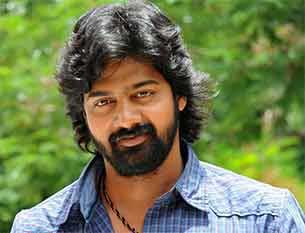 Southern actor Naveen Chandra, who is awaiting the release of C.V. Kumar-produced Tamil thriller "Sarabam", has signed another yet-untitled project in the same language under the latter's home banner Thirukumaran Entertainment.

"After seeing my performance in 'Sarabam', C.V. Kumar offered me another film under his banner. This project will go on floors from June. It will be an investigative thriller and will be helmed by a newcomer. I can't reveal more about the project," Naveen told IANS.

Kumar is known for contributing to the new wave of Tamil films with entertainers such as "Pizza" and "Soodhu Kavvum". Naveen says one has to be extra focused while working with the filmmaker.

"We had planned to complete the film in 32 days. With meticulous planning, Kumar ensured we completed the shoot in 30 days. When you're working with him, you need to be 300 percent focused. If you want to work with him, you need to act without deviation and commit yourself to his film," he said.

"Sarabama", which is directed by Arun Mohan, also stars Salony Luthra. It will release soon.