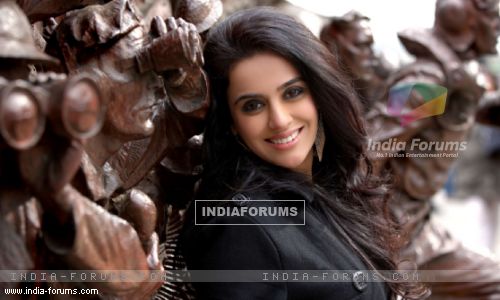 Halla Bol on Bindass has garnered so much of accolades and highlights the truthful stories that the makers of the show have been bringing out for its viewers. Post the success of season one, makers brought in the second installment of the same. TellyBuzz had reported about Halla Bol 2 coming up and Karan Tacker hosting the show earlier.
Well, the latest news that we have managed to get is that Total Siyappa fame Saraa Khan will be seen in one of the episodes of Halla Bol 2.
When contacted, the pretty actor she averred, "Yes, I will be seen in Halla Bol 2 soon in the upcoming episode of the series. I am essaying the character of a cop and my character is actually based on how women have to stand up and speak for themselves. Women have to stand for themselves in an age where men are constantly letting them down."
Well, this surely has a deep message hidden in it and surely will inspire people in all possible ways.
Keep reading this space for more updates on your favorite shows.
Upasana Patel

6 years ago Love u Karan Tacker

looking forward for ur hosting in Hlla Bol

6 years ago Proud to be Karan Tacker fan!
Can't wait to him on my screen

6 years ago Waiting for dis epd..

+ 4
9 years ago welll congrats to the player but I think IF should marry BIG B. seriously you gave us torture by menting Amitab bachan everywhere. C'mon he is not some king or something