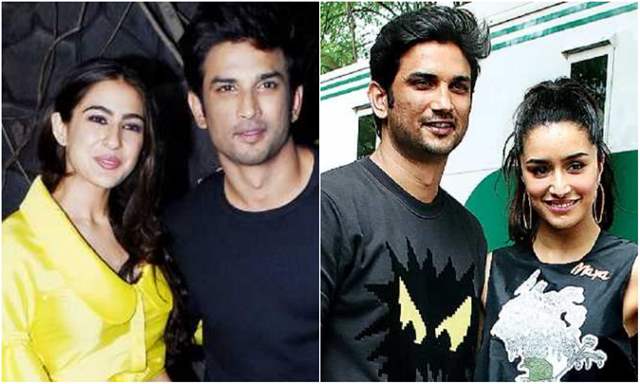 Sara Ali Khan and Shraddha Kapoor appeared before the Narcotics Control Bureau today, on September 26 2020. They were summoned to investigate about their alleged connection to drugs angle, emerged out of Sushant Singh Rajput's death probe.

During their questioning, Sara and Shraddha have made some big revelations in front of the NCB. Both the actresses have denied consumption of any drugs.

According to ABP news, Sara and Shraddha made explosive claims against Sushant Singh Rajput. Both the actresses revealed that they saw Sushant taking drugs. The actresses disclosed that Sushant used to take drugs in his vanity van and also during shooting breaks.

Shraddha also informed the NCB officials that there was a part at Sushant's Pawna farmhouse, however, she denied consuming any narcotics.

Meanwhile, Deepika Padukone, who also appeared in front of the NCB today has reportedly accepted the chats exchanged with her manager Karishma Prakash discussing "maal."

peace4all 25 days ago its ok most of them have hair. and long hair can hide a lot of medication history!! time consuming but hair follicle drug test is better than a blood panel test!

PerfectStart 25 days ago How sad!!!! Disrespecting the memory of the one who does not even exist to defend himself, that explains why the whole industry was silent,if not all some people knew that something was not right or amiss but alas we don't know what exactly the secret is, guess we will never find out completely:(

-Rossete- 25 days ago If a prime agency like NCB is questioning them they don't do it without due evidence and it is not right to malign a late actor repeatedly because there are charges on their names.

zee112 25 days ago Expected denial of drugs, but saying Sushant took them hurts bcz he cannot come back to fight on this matter.