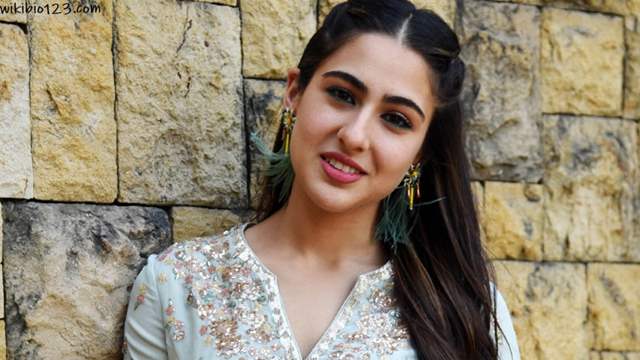 Although Sara Ali Khan is very active on social media and keeps posting her pictures, the pictures she posted on Wednesday are getting a lot of praise.

Sara has given a wonderful message of religious unity through these pictures.

Sara wrote with these pictures

With this, Sara wrote in English and Hindi – Sarva Dharma Sambhav. She also added symbols of various religions in the caption.

In the first picture, Sara is seen sitting in a prayer posture. While in the second picture, she is tying the thread of vows.

Sara is seen sitting somewhere and the board of Masjid Sharif is visible above her in the next picture. In the fourth picture, Sara is in a gurdwara.

The fifth picture is of a temple she visited. Sara is also seen at the gate of a church.

Sara has posted the video, in which she is standing in a temple courtyard with folded hands.

Sara's followers are very fond of these pictures.

Recently, on the occasion of Ganesh Chaturthi, Sara had posted pictures, in which she was seen worshiping with her mother Amrita Singh in the court of Ganpati Bappa.

Sara also has to face trolling for her religious beliefs at times.

Talking about Sara's work front, her last release film is 'Coolie No 1', which was released on Amazon Prime Video. Varun Dhawan was in the lead role in the film directed by David Dhawan.

Sara has wrapped up shooting for Aanand L Rai's 'Atrangi Re', which will release next year. Akshay Kumar and Dhanush are in the lead roles in this film.