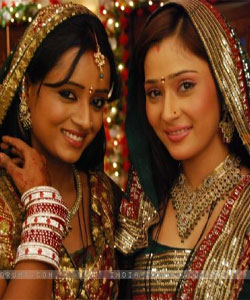 Directors Cut flagship show on Star Plus Sapna Babul Ka…Bidaai has had a very successful run of 3 years, with all the actors part of the show getting their equal share of recognition in the industry Bidaai which recent completed the milestone of 700 episode  is now all set to for a closure.

According to our source "The buzz about Bidaai  going off air has been their ever since the leap has been taken even though the show was getting a decent TRP nearly of 4, it is buzzed that the channel and production house were in talks for either a shift in timing or closure."

If sources are to be believed the option of changing Bidaai to an afternoon slot was always there, but the channel and production house have taken an amicable decision to end the show. We hear that Bidaai  after reaching yet another milestone of the completion of 3 years on October 8th will end on November 13th .

We contacted Vibha Chibber who said "Rumors are there but we are yet to get a confirmation. The fact is that we are maintaining a good TRP."

Bidaai will either be replaced by Shakuntalam Telefilms upcoming love story set in the backdrop of Simla or UTV's hindi version of Kolangal.

We can only say that all good things has to come to an end.

helin-bbz 9 years ago Pleasee we are all ready for BIDAAI 2 !! WITH THE SAMEE CASTT!! please. ii always look at star news just to see if Bidaaai is going to come back!

WE ALL WANT BIDAAI!!

Minnie. 9 years ago omg they cant do that, getting rid of bidaii will break my heart i love that drama, although it has got a bit boring after sadhna died the drama still managed to keep it self on track, raghni (sorry cant spell) has such a good charactor. It would be such a shame if the drama stoped

Sanaluvskinshuk 9 years ago i m so happy ,.finally this show is ending,.it's so boring without ranvir and anmol ragini pair sucks big time.,i hate it,.RagVir jodi is the best jodi
RagVir4eva!!!

I hope we get more to see and they have the show going on for some more it..
They need their story to develop and its happening beautifully !!!

expect only the happy ending......

sami01 9 years ago bidaai is good in TRP chart so lets watch and see....story seem to be moving no where,how will they end it...

shanti05 9 years ago Please don't end Bidaaii
Anmol and ragini have beautiful chemistry !!! Anmol understands Ragini so well, Creatives you need to show their story more and Ragini falling in love with Anmol. Please don't end the show Star plus and DKP !!!