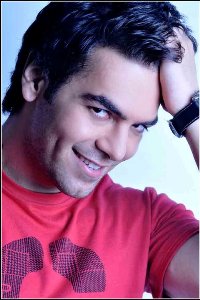 The latest we hear about Neela Telefilms' next on Colors is that Sanjay R Gagnani, last seen in Anhoniyon Ka Andhera, has been finalized to essay the role of Apara Mehta's son in law in the show.

We earlier reported about Apara Mehta and Feroz Bhagat to be part of the show as husband and wife and now we come up with the third important character of the show.

Talking about Sanjay's character a source says, "Sanjay will be essaying the character of Shishir who is Apara Mehta's son in law. He is a very positive, loving, easy going, calm husband to his wife Jigna."

"He is the CEO of a big company in Pune. His wife is totally opposite to him in the show as she is very much adamant and is filled with various tantrums and is the major reason why the protagonist Saas essayed by Apara first matches her Kundali with her daughter in law instead of her son," adds source.

We contacted Sanjay R Gagnani and he says, "Talks are on and I won't deny but nothing has been finalized as of now."

Good cast has been locked so far, let's see what stored in for the show.

Sanjay_fan 9 years ago It's just great to see you once again on TV in a new show. Wish you all the best. I am waiting for this show.