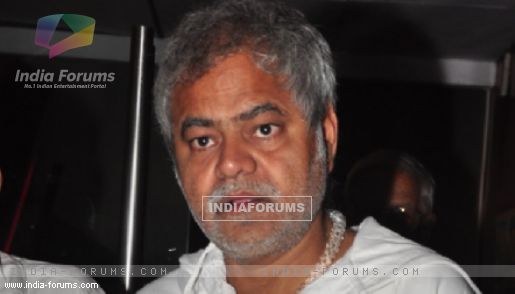 Actor Sanjay Mishra, known for his comic roles in movies, says he'd be "okay" doing a sex comedy -- but there's a catch!

"I don't know whether people want to cast me for sex comedy, but if it's a good script I am okay with it. But it's just that my kids should be able to watch it without any hesitation," Mishra told IANS.

Seen in films like "Satya", "Bunty Aur Babli", "Golmaal" and "JOLLY L.L.B.", Mishra feels that over the years the genre of comedy has witnessed a change.

"There was a phase where people felt comedy is the success formula for all films and so they made all kinds of comedies. In between, there was a sad phase (for the genre).

"As an actor, it does disturb you...but at the end of the day, we have to work. We can't say, 'I will not work'. Then how will we survive in a city like Mumbai if we don't work," he questioned.

Sanjay says there's a mix of filmmakers in the industry -- catering to all kinds of talent and audiences.

Meanwhile, the actor is gearing up to shoot for his next film "Gun Pe Done". He says it's not a typical family drama.

"We have not started the shooting yet. It's an interesting subject. The film will go on the floors from November end and will be shot in Mumbai. It's a different comedy not a typical family drama. It will be an entertaining film," he said.

Directed by Abhik Bhanu, "Gun Pe Done" will also feature Jimmy Sheirgill and Vijay Raaz. It is jointly produced by Asif Kazi and Manoj Menon under the banner of Pioneer Films and Entertainment.

"I would have given anything to be a part of Andhadhun", Shares ...