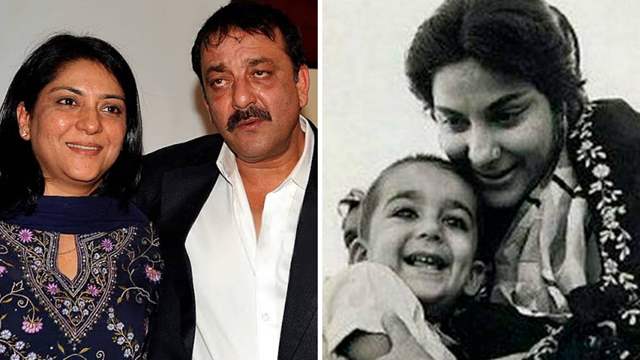 Actress Nargis who entertained the audiences with her charming performance in Mother India, Shree 420, Awara, Barsaat among others had breathed her last on May 3, 1981.

Today, on the occasion of her 40th death anniversary, her kids Sanjay Dutt and Priya Dutt remembered her with childhood pictures and emotional notes.

Actor Sanjay Dutt took to his Instagram handle to share a throwback picture with his mother Nargis, where she can be seen holding a young Sanjay in her arms. Sharing the picture, Dutt wrote: "Not a day goes by when I don't miss you Ma!"

On the other hand, his sister Priya Dutt also remembered their late mother and shared an unseen picture of her siblings from childhood days. She also penned a short but touching note in her mother’s memory. Priya captioned her post as : "Mother's hug lasts long after she lets go...Mom it's has lasted us 40 years #motherlove. Our love for you is forever.”

Nargis was diagnosed with pancreatic cancer and her family had taken her to the USA for treatment. Post her treatment, she returned to India but her condition deteriorated. She was admitted to Mumbai’s Breach Candy Hospital and passed away on May 3, 1981.

Nargis had fallen in love with actor Sunil Dutt on the sets of Mother India, which marked the beginning of their relationship. They had tied the knot on March 11, 1958.