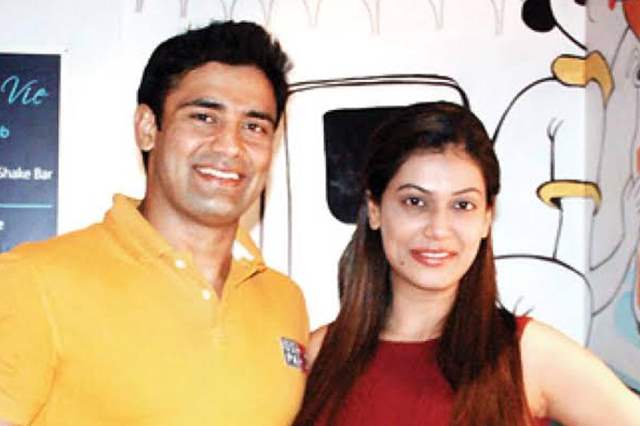 It is known already as to how actor Payal Rohatgi was taken into custody by the Rajasthan Government for allegedly making offensive comments on the Nehru family on social media.

Earlier this month Rohatgi was served a notice for the allegedly offensive video. On Sunday she was taken into custody from Ahmedabad and escorted to Bundi in Rajasthan. While the proceedings continue and the latest update is that her bail was rejected and Rohatgi has to be in custody till December 24th; her partner Sangram Singh opened up on the whole saga with an entertainment portal.

Singh first detailed out on the timeline on how first she was detained in Ahemdabad for the video she posted and is now going to stay inside jail till the aforementioned date. Agitated with what happened, Singh asked as to what wrong did she do as she was only exercising her right to freedom. He even clarified that the quote that has offended Congress is not hers but actually from M.O. Mathai's book.

Feeling helpless and worries, Singh said he can't imagine how Rohatgi will spend time in jail and he doesn't know if he can get her out. He mentioned how his lawyer has said that they can move to a higher court but one can never predict how long will that take; he feels very helpless and cannot imagine her in a dingy prison cell.

Singh further added and wondered how instead of focusing on good work for Rajasthan, they are wasting time on irrelevant issues where, in a country with heinous crimes, they have arrested someone for speaking their mind.

Juhi_04 7 months ago Is our country becoming like Middle-East countries where people have zero tolerance hearing something against someone? I don't like Payal but she don't deserve to be arrested just for speaking something against anyone? Is this really our democracy or freedom of speech? If yes then why some are behaving like dictators or Middle-East country governments? No wonder why India is still behind and not becoming developed country.

Vir Das opens up on debuting in an unscripted homegrown ...
4 minutes ago

Janmashtami 2020: Urvashi Rautela wishes for good health and ...
13 minutes ago

Shivangi Joshi and Mohsin Khan are all smiles as they ...
2 hours ago

Shrashti Maheshwari opens up on her entry in Tujhse Hai ...
2 hours ago
View More
TOP