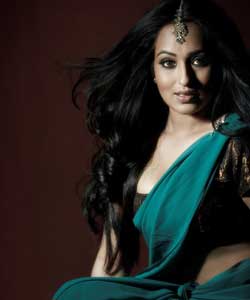 Sangeeta Kapure, is a name who has been in the Television industry for the past 15 years. Though she has been part of many serials, the lady is now determined to make a name for herself with Imagine and Balaji Telefilms' upcoming show Sarvagunn Sampanna, wherein she plays a character with a grey shade.

Sangeeta will be essaying the character of Ragini Deshmukh, one of the daughters-in-law of the Deshmukh family and the character has a grey shade to it.

Talking about her role in the upcoming show, Sangeeta said, "My role is that of a responsible daughter-in-law and the character gets negative because of her personal traits like insecurity, aspiration to receive all the positive credits in the family as she is the one who takes care of the entire family".

Elaborating on her look for the show, Sangeeta quips "I'll be seen wearing heavy sarees, and my long hair is a mark of my physical personality".

Sangeeta who was earlier seen essaying the role of Sumitra in Imagine's Ramayan states "I am equally tensed and excited as it's a great opportunity to be part of a challenging project. This is my first serial in a negative role and working with Balaji is rocking".

Actor Abhinav Kohli plays her husband in the show.

The team is presently shooting at Kolhapur in the beautiful Shalini Palace which happens to be the 'Sasural' of Sangeeta Kapure in the show.

Kartik Aaryan is ‘looking forward’ for his collaboration with Ronnie ...

romaanch 10 years ago heartly wish you all the very best.may you rock the show n get all the applause.