View Profile
RJ turned actor Sana Sheikh who makes her 'proper debut' (as she tells it) in Sony and Family Films' Jeet Jayenge Hum as Suman, makes an unconventional promise! 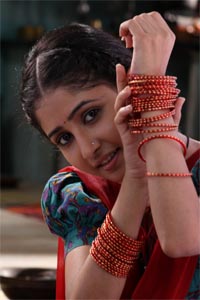 Featured Video
Sana Sheikh says, "I used to do this show called Khoobsurat Sana Ke Saath. But now with Jeet Jayenge Hum, I can't do a daily radio show. So now I do a three hour show on Sundays called TRP – Television Radio Par, where I'll be discussing television shows." Sana playfully adds, "And now that I'm into the TV industry myself, I'll be dishing out first hand gossip. You'll hear it directly from the source (winks)!"

Sana started her acting career, a long way back, when she was a kid with Hasratein. Then she also did Junoon. Sana says, "After Junoon, I couldn't afford to act because I started going to higher standards and the study portions became tougher and tougher. Obviously at that time, studies had to take priority."

Sana goes on to say how radio happened to her. She says, "Till school, I didn't turn left or right but focused on studies. Then during my first year of college, I auditioned for radio jockeying and got selected. After that Disney's Kya Mast Hai life happened. And with Jeet Jayenge Hum, I'm entering hardcore television industry (smiles)."

So is Sana a better RJ or a better actor? "Hmm… (laughs) seeing that I've been an RJ for five long years when many radio-jockeys' careers end within eight or twelve months, I think I can vouch for the fact that I'm a better RJ," Sana signs off.

12 years ago thanks will deifnatly check the show out

12 years ago she is very sweet..
she had palyed very well in KMHL as ritu..

12 years ago can anyone tell me in which radio (FM) she works?

12 years ago I like her from the time of 'kya mast hain life'. she is really sweet.