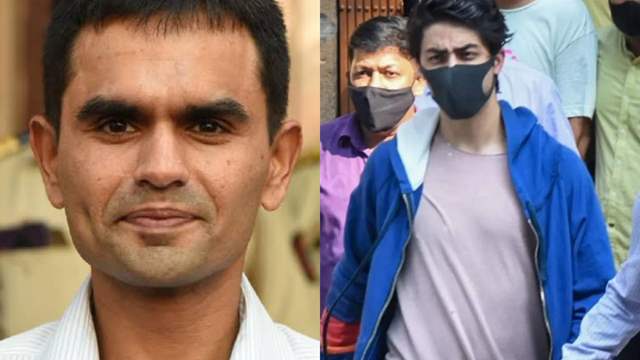 Sameer Wankhede is still very much a part of the Aryan Khan case, reveals an official from the Narcotics Control Bureau (NCB).

The senior official spoke to ETimes on condition of secrecy and said,

“The Special Investigation Team formed in these six cases will only help Wankhede and team investigate these cases even better.”

The official said that there is a certain section that has been excited about the rumoured exit but Wankhede is not going anywhere and he will continue to work on the case.

“Sameer Wankhede and his Mumbai Zonal team will work with the SIT in the Shahrukh Khan's son Aryan Khan and other five cases including Samir Khan and Armaan Kohli case.”

Sanjay Singh NCB's Deputy Director-General of Operations has said in the press note,

“No officer has been removed from the present roles and will continue to assist the operations branch investigation as required until any specific orders are issued to the contrary. It is quite clear that Sameer Wankhede continues to be in the same role and will be assisting the SIT. The two teams together will be able to investigate these cases even better.”

After the NCB's order became public, Wankhede's wife posted the official release on social media to say “rumours” should not be believed and that there is no truth in claims that the officer has been removed from the investigation.

“I've not been removed from the investigation. It was my writ petition in court that the matter be probed by a central agency. So Aryan case and Sameer Khan case are being probed by Delhi NCB's SIT. It's a coordination b/w NCB teams of Delhi & Mumbai".

Wankhede said a senior IPS officer will now be probing these cases.

According to sources a team from the operations unit is likely to go to Mumbai on Saturday to take over the investigations.

+ 8
2 months ago Why did he permit two non-NCB officials access to an accused? What kind of professional behavior is that from an officer?