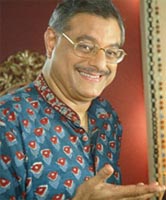 Sambhav Kya?, the show on supernatural stories on 9X was supposed to be launched on 10th October, every Friday and Saturday from 10-11 PM. It’s been a month and still there are no signs of the show coming on air.

We wonder what the producer and the channel have in mind? When asked Siddharth Kak, about this, he says, “That’s because of the strike it had been delayed. To start a serial, we need to have 5-6 episodes bank and to shoot just supernatural serials, it was difficult and we could not manage to shoot at the stretch as the strike started."

The buzz in the Telly town is that the anchor Iqbal Khan is no more hosting the show. On this the producer quips that, “I am also hearing this for the first time. Anyways all these are rumors and Iqbal is very much the part of the show.”

Iqbal was not available for comments.

The show now slated to come on air in December.

+ 9
14 years ago The strike has affected lots of upcoming shows along with one on air.