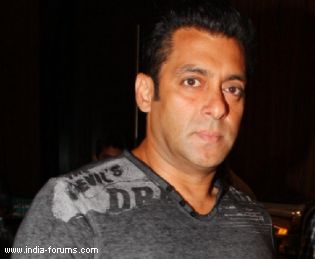 Superstar Salman Khan, known for his distinct dance steps, says his moves in "Dabangg 2" song "Seeti baja ke" will outdo the choreography of all his previous hit numbers.

"I'll dance so much in this song that I'll tell everyone what dancing is. 'Jalwa' ('Wanted') is nothing, just see how good I'll dance in this song," the 46-year-old said here.

While he has asked fans to watch out for his new number, Salman is all praise for his brother Arbaaz Khan, who turns director with "Dabangg 2".

"He is doing a very good job, we are really happy that Arbaaz is directing 'Dabangg 2'. He is doing a superb job and when you see the film, he'll become a very big director," said Salman, who reprises his role of police inspector Chulbul Pandey in the sequel of "Dabangg".

"Dabangg 2", which will see Salman being paired with Sonakshi Sinha once again, is slated for release Dec 21.

exclusive
Exclusive Karan Arora recalls his scenes with Erica in Kasautii ...
34 minutes ago