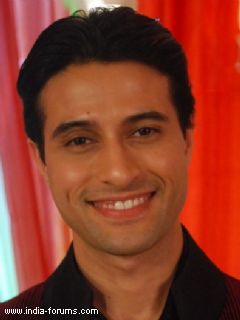 Apurva Agnihotri, the latest to be ousted from the "Bigg Boss" house, praises Salman Khan for handling weird contestants and situations in the house as the host.

"I believe that nobody else than Salman bhai can host this show. Believe me, it is very, very difficult to host the show," Apurva said in an interview.

Salman joined "Bigg Boss" in its fourth season and has been hosting it since. The show fetches good TRPs, thanks to the heightened drama, mud slinging, fights and emotions in the "Bigg Boss" house.

"There are all kinds of weird people and their answers are also weird, but Salman bhai has a great presence of mind. When he has to snub somebody, he does it the polite way and tells what should be done and what not.

"When it comes to doing 'masti', in that also he excels. I think he is the perfect host for the show," he added.

Apurva's elimination came right after Kushal Tandon's dismissal from the show. But he wants his good friend Kushal to re-enter the show and come out as a winner.

"The best thing about Kushal is that he presents himself the way he is. He is not pretentious at all. He is not acting," said Apurva, who had entered the "Bigg Boss" house with his wife Shilpa, who has been voted out too.

"He is not fighting or getting into a spat with others just for fun," he added.

Apurva, known for his TV shows such as "Jassi Jaissi Koi Nahin" and "Radhaa Ki Betiyaan Kuch Kar Dikhayengi", has other names that he feels might win the reality show.

"The second name I would prefer is Kamya (Punjabi). I think she is a perfect combination - she can be aggressive, but at the same time she can also take a stand for the correct thing. She can sternly give her opinion as well," Apurva said.

ahilajkula 6 years ago Pratyusha Banerjee and Siddharth Shukla have chemistry and out of touch! Amazing couple! Amazing chemistry. I love them both. They are a lovely couple and lovely people.

Sneha.Love 6 years ago You are the best Pratyusha Banerjee. Keep on smiling dear. Good luck.

--PAYEL-- 6 years ago true apurva ..salman is the best host..and u r sensible guyy thatswhy u understood it..:)

Kety76 6 years ago all the best Pratyusha Banerjee, stay such, just be brave dear

shanti05 6 years ago Love you Apu !! You rocked #BB7 with your cool and calm personality !! Your motto was always keep the positive energy high and that makes you a true winner of the series.. Wished you were there longer Yet your presence proved that you can always stay composed when you are in a house of daily changing dynamics..
There is high stage of maturity in whatever you say as use see many things in a very humble and diplomatic way !! Kudos Dude !!Hope you are back on television again with another awesome character and then we see the reel Apurva Agnihotri how rocks the TV screen...!! Apurva Jaisa koi Nahi !!!

TheRowdiest 6 years ago Damage control of what chhota bhai's GF and fans did :P hahahha

Shabana Azmi speaks about recovering from her Devastating ...
21 minutes ago

Who is AK in Sushant's Unseen Video that has Surfaced? Watch ...
25 minutes ago