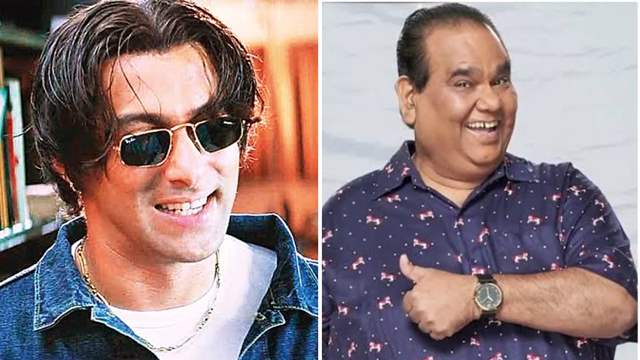 Satish Kaushik's 2003 romantic drama Tere Naam starring Salman Khan was a blockbuster hit. Even after 17 long years, the film is etched in hearts of the fans.

Tere Naam featured Bhumika Chawla as the female lead and her chemistry with Khan was highly appreciated. The film marks one of the finest performances by Salman as Radhe.

Fans have been eager to watch the duo create magic on screen yet again with a sequel. And looks like the wait might finally come to an end, as director Satish Kaushik has stated that he has few ideas to chalk out the sequel of the film.

In an interview with Mid Day, Satish Kaushik shared: "I have a few stories that can take Tere Naam ahead. I have developed a concept, but haven't spoken to Salman yet."

The filmmaker states that the protagonist Radhe’s journey has a lot to explore thus possibilities of a sequel are in place.

Meanwhile, Satish is working on his next directorial venture titled, ‘Kagaz’ which will be presented by Salman Khan.

Kagaz is based on a farmer Lal Bihari from Azamgarh who is declared dead as per official paper and stars Pankaj Tripathi in lead role. Speaking more about the project, Kaushik said: “He said, “The story has been with me since 2003 when I bought the rights from [Bihari]. I had gone to Malta to shoot for Bharat [2019]. That's when I happened to discuss Kagaz with Salman. He fell in love with the story, and offered to present the film. I am fortunate that he supported this small film.”

Furthermore, he also shared that the team at SKF [Salman Khan Films] is negotiating its release and it is yet to be decided whether Kagaz will release in theatres or on OTT platform.