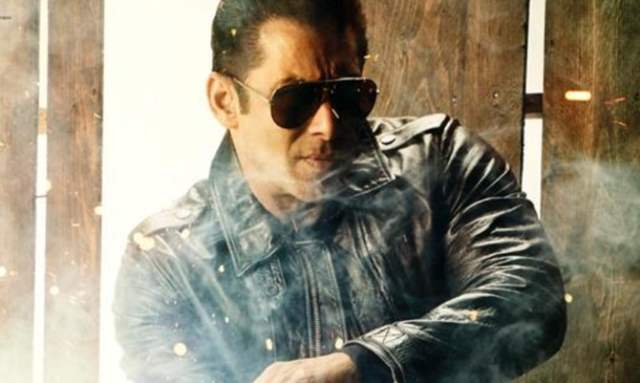 Due to the Coronavirus outburst, a nationwide lockdown was put in place to control the spread of the virus. After months, the lockdown is partially easing down as we move towards the unlock phase.

Like other sectors, the entertainment industry is also gearing up work and movie shoots are being commenced. Salman Khan's Radhe: Your Most Wanted Bhai is all set to get back into action and kick off shooting.

The shooting of the action film will resume on October 2, 2020,  at ND Studios, Karjat. To maintain safety against the virus, safety protocols have been set and a team of doctors will also be present on the set.

As per reports, a 15 day shoot is scheduled in Karjat, post which the final schedule will take place at Mehboob studios, Mumbai. To avoid traveling, the team has also booked a hotel near Mehboob Studios.

A source informs Mumbai Mirror of the various precautions that have been put in place to carry out the shooting of the film smoothly. “The first round of Covid-19 tests has been taken by the entire crew and no one has tested positive. A second test will be taken by those in close proximity on the set, including the actors and the core team" said the source.

Besides, a dedicated team of doctors, including a personal team for superstar Salman, will be present to maintain hygiene and discipline on set.

The producer of the film Sohail Khan also shared:“A health and safety officer, along with a doctor and ambulance, will be stationed on the set. Signage and colour bands for bifurcation of the team will be followed, along with government mandates on insurance. A team of specially trained personnel has been inducted to dispose off the PPE kits and masks after use according to the guidelines provided.”

Speaking of Radhe: Your Most Wanted Bhai, the film is directed by Prabhudheva, and also features Disha Patani, Randeep Hooda, Jackie Shroff and Gautam Gulati in key roles.

illa8 16 days ago the ambulance is where they have drugs as exposed by news channels!!!!!!!!!

luvumjht 21 days ago No Bollywood. Feel sorry for the money I wasted watching the crap they produced. #boycottBollywood. I am ashamed that these reel life hero’s are the biggest filth in the society.

rashmi_here 21 days ago WHAT WOULD U TALK ABOUT IF YOU WERE GIVEN A MASK ? IF NO ONE WOULD EVER KNOW IT'S YOU ? WHAT DEEP SECRETS WOULD YOU SHARE ? EXCITED? screams.in PROVIDES YOU THE FREEDOM TO BE YOURSELF, TO EXPRESS YOURSELF EXPLORE UR AS WELL AS OTHERS MYSTERIOUS SIDE ON SCREAMS NOW