View Profile
After the Big B it is Salman Khan whose wax statue will be unveiled at Madamme Tussauds in London on January 15. No doubt, Sallu Baba is all excited about it. And believe us; he has reasons to be proud of, as he was chosen fo 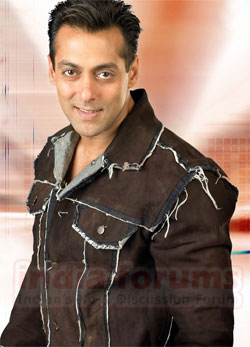 Featured Video
r the honor only after the authorities were sure of his popularity, through a poll conducted this summer. In the race to the honor, Salman overcame stiff competition from other Bollywood stars.

Salman was chosen from a poll conducted by the world famous London museum and it is believed that over 10,000 votes were received and most favored our Sallu Baba. The other Bollywood celebrities who also polled in substantial number of votes in the poll include Madhuri Dixit, Hrithik Roshan, Rani Mukherji, Karan Johar, Kajol, Lata Mangeshkar, Abhishek Bachchan, Priyanka Chopra and John Abraham.

Well placed sources in the industry tell us that when the representatives of Madamme Tussauds came down from London to Mumbai, Sallu Baba gave them his measurements as well as lots of photographs to ensure that the statue looks just like him. In fact, Salman has even decided on the clothes that his replica will wear. (Thank God, he will not be seen bare-chested) In addition, the actor has also recorded a video clip that will be played at the Madamme Tussauds on the occasion of his statue unveiling.

However, not all are excited over Salman’s new found fame. They are of the opinion that the honor could well have been bestowed on the legendary Lata Mangeshkar or even Madhuri Dixit for their respective contributions to Indian music and films respectively. Needless to say, Madamme Tussauds’ choice, therefore, comes as a surprise and shock to some.

Sources say that Salman too was not too keen on taking up the project as he was not comfortable becoming the fourth Bollywood star after Amitabh Bachchan, Shah Rukh Khan and Aishwarya Rai to be immortalized in wax. But after consulting with friends and family he accepted the offer and is now all glees.