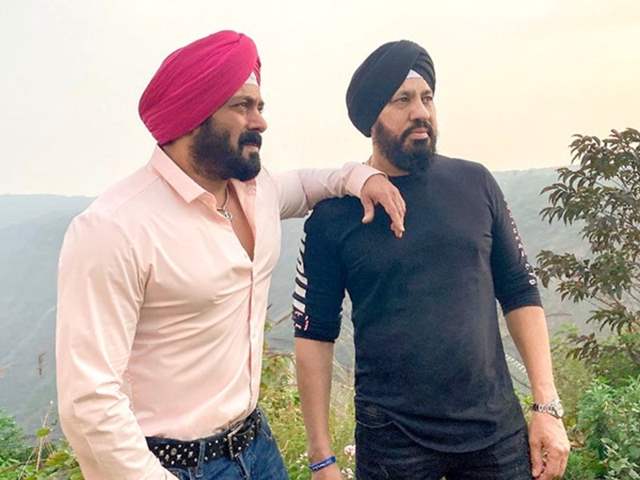 Salman Khan's much-anticipated gangster drama  Antim: The Final Truth, is set to hit theatres on November 26. For the first time in his career, Salman Khan plays a Sikh cop, with his brother-in-law, Aayush Sharma, playing a gangster.

The film is a showdown between the two of them, directed by Mahesh Manjrekar. There has been speculation about Salman Khan's screen time in this film since it went into production.

A close source revealed to Bollywood Hungama, according to the source, ”Salman Khan has an hour long screen presence in Antim: The Final Truth. While it's not an out and out Salman film, it isn't even a cameo. The makers have followed the quintessential template of two hero films with both Salman and Aayush having an equal standing and equal screen time”.

Salman also has a well-crafted introductory scene in the film, which fans will enjoy. "In-fact, the ones who have seen his introductory scene are already going gaga over the same. It's among his better introductions in the last few years, as it's raw and real."

While Salman films are typically known for his presence throughout the narrative, the source assures us that his fans will not be disappointed with the way Antim was shot.

He makes his presence felt all through the film and it's due to the sheer impact of his portrayal of a Sikh cop. Yes, Aayush Sharma is the leading man, but the template of the film is that of a two hero saga with both central characters fighting not just on screen for the final truth, but also in terms of screen time.

Salman even added some more scenes of himself last week.

Salman Khan Films and Zee Studios are producing Antim: The Final Truth, which marks Salman's first collaboration with Mahesh Manjrekar. The director, best known for his work on Vastav, returns to his roots of creating intense gangster dramas with Antim.

1 months ago Waiting for it