Dance Premier League, has been creating news all through its audition phase. After auditioning in Chandigarh, Amritsar & Delhi, Salman Khan the heart throb of millions went all the way to Delhi to hand pick the North team.

Featured Video
Amidst huge hangama & cheering he selects the North team and tells them to take the challenge & bring glory to their region. Present with Salman were  hosts of the show, Eijaz Khan & Sara Khan along with Shiamak Dawar & Arshad Warsi who will be seen playing key roles in the show.

According to our source, "Salman Khan selected eight great talents from North who will be be face of the North Zone in DPL".

Dance Premier League is a unique dance format that is soon to go on air on Sony Entertainment Television. It brings  India's rich & diverse culture from each region - each with its own flavour and unique identity to one platform to compete  for regional pride.   Dance Premier League will have 5 teams from different zones of India (North, East, West, and South & Central) and 1 NRI team competing with one another for "regional pride" – to bring glory to their zone by winning.

Each Zonal team will comprise of talented dancers selected through multi-city auditions across select cities in each zone. Each team will be mentored by a celebrity choreographer as they chart their journey from anonymity to fame, from being a contender to a champion. 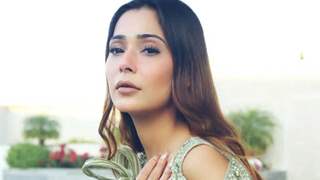 13 years ago sounds great
cant wait 4 him
will definetly watch it!!

+ 4
13 years ago seems a great show, looking forward to watching it.