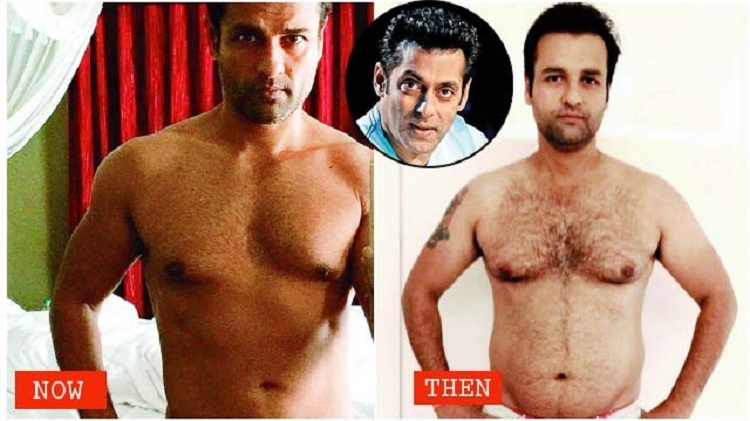 Rohit Roy has come a long way in the years he's spent in the industry. He was his fit best in his last outing "Kaabil". The baddie in Kaabil gives credit to Salman Khan for mentoring him on fitness.
Rohit Roy went under a major transformation before Kaabil and the actor is in no mood to stop. Apparently the actor had met Salman before the film and his advice was a turning point for Rohit and the beginning of dedicated months of workout and diet.
Rohit shares, "One has to look right for a role, the demand of every project is different and hence the constant pressure. I really had to work hard to lose weight for "Kaabil". I had to look in my 30s. But, most importantly, what Salman had to say was a much needed shot in the arm for me and like always he minced no words in saying that I'd become a fat cow and that I should stop making excuses because everyone has some problem or the other to deal with that's the day I turned it around."
Too fit to come across as a father of a 15 year old, Rohit has joined the fitness club and shares his weight loss story, "I underwent a total change in diet and workout. I cut out alcohol, desserts and fried food to begin with. My dinner would be zero carb. Losing weight is not rocket science though. I changed my workout. I ran for an hour everyday for 2 months straight come what may."
Rohit Roy recently added another feather to his cap and has signed a 3 film deal with Sanjay Leela Bhansali.
0 Likes