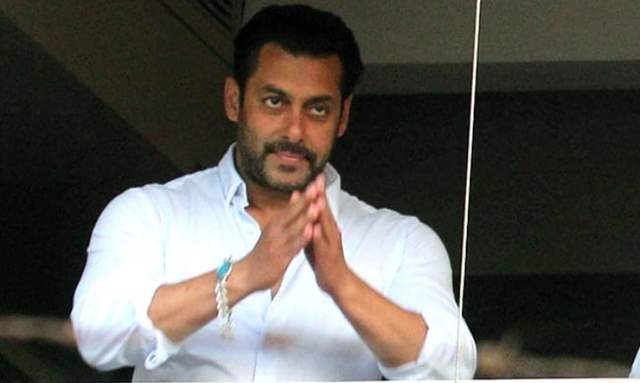 India is currently battling the novel Coronavirus, and the crippling health care infrastructure has flagged concerns. In its efforts to curb the spread of the deadly virus, the government has decreed several strict measures. It also ordered the shutting down of movie theatres have gravely impacted the theatre owners and film industry as well.

Amid the concerning situation, Salman Khan is currently gearing up for the release of his upcoming film Radhe: Your Most Wanted Bhai. The actor in a recent virtual press conference announced that cinephiles will be able to watch the film on May 13 on Zee5 with Zee’s pay-per-view service, ZeePlex.

The actor has finally lived up to his commitment and will soon release the film on Eid however, the film won't be releasing in theatres as cinema halls across the country are shut due to the Covid-19 scare.

Salman during his virtual interaction said that he has to release the film on OTT to fulfil his commitment to his fans and highlighted the importance of release in the film in times of distress.

"I couldn’t have kept my Eid commitment with fans without the support of Zee. It was important to release the film at a time like this because people are suffering due to the pandemic. Incomes have reduced for many, so now, instead of spending a lot of money on tickets at the cinemas, people can watch it at a much cheaper rate at home. I want to provide some entertainment to people during these grim times," Salman Khan said, as reported by India Today.

The 55-year-old actor mentioned that he is aware that cinemas were hoping to end their year of losses with the release of his film.  However, in a surprising turn of events, the actor apologised to the theatre owners and said, "I apologise to cinema owners who were hoping to earn profits with the release of this film. We waited as long as we could, hoping that this pandemic would end and we would be able to release the film in theatres all over the country. But that did not happen. We don’t know when things will go back to normal."

Salman’s films are known to create a new record at the box office every year, but there will be no such landmark this Eid. The actor did not forget his single screen fans who wait to watch his films on the big screen and added that, “Once this pandemic is over and theatres reopen, if people like the film, we will try to release it on the big screen.”