After acquiring a noteworthy position as a producer in the film industry, Sajid Nadiadwala's Nadiadwala Grandson Entertainment has made a never before landmark move in the history of Indian Cinema.

The ace production house has cracked a deal and acquired 50% stake in a high-profile television channel. The talks are however being kept underwraps for obvious reasons. The official announcement will be made soon.

Nadiadwala is expected to make a Rs. 100 crore investment in the television channel.

Talking about Nadiadwala Grandson Entertainment's landmark move producer Sajid said, "This acquisition is an important step from our company towards consolidation in the tv industry. We are confident that this will add immense value to the company and also strengthen our company profile. We have other expansion plans which we will announce shortly."

It may be known that Nadiadwala Grandson Entertainment is one of the few production houses that has always taken pride in dishing out clean and wholesome entertainment.

Sajid added, "Nadiadwala Grandson has remained rock steady because it has always given quality entertainment for the family. The banner has always made universal film with total dedication and creativity at the highest level. We have created success stories in romantic comedy genre'. But today there is boom in the market and our new mantra is to diversify and explore business of different genres. Today my company has invested in television tomorrow it could be the media. The sky is the limit."

Nadiadwala Grandson Entertainment has also taken a step to acquire as many as 100 single screen theatres in India . In fact NGE, along with Jagdev Singh, Managing Director, Khalsa Motors, just acquired a theatre in Falna in Rajasthan.

Confirming the move Singh , MD , Khalsa Motors said, "Yes we are planning to acquirre five to ten single screen theatres in Rajasthan alone. The theatres will be renovated with hi-tech digital sound and picture quality. We will also provide other state of the art facilities in the theatre."

Sajid and Jagdev next move is to construct a multiplex called Newplex in Jodhpur , Rajasthan. "Newplex—the name is derived from Sajid Nadiadwala's Entertainment Workshop Pvt. Ltd. It is going to be the best multiplex of India ," Jagdev said. 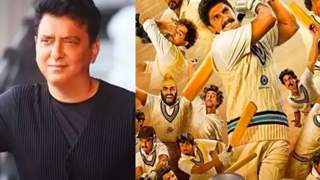 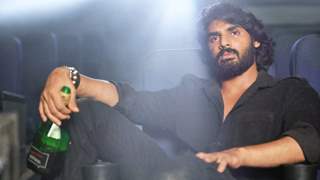