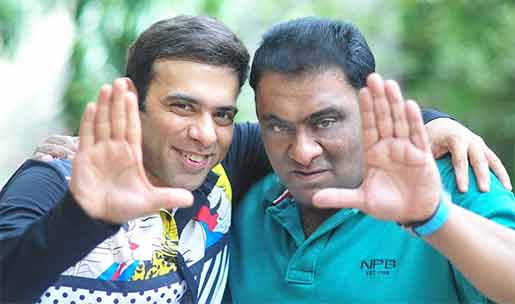 Director duo Sajid-Farhad, who is stepping into Sajid Khan's shoes to direct "Housefull 3", say the former has been trashed enough and it is time to let him be.

Ever since Sajid Khan's latest directorial venture "Humshakals" hit the screens, not just the critics, but the film's cast including Saif Ali Khan and Bipasha Basu, too panned him.

Sajid said that "it's getting too much for Sajid Khan... it's enough... just let him be now."

"Everybody has to face downfall and the same goes for us as well. If he has given two flops, one should not forget the three hits that he had delivered.

"We should stop criticising Sajid and move on. It's just a bad phase (for him), that's it," he added.

After a fruitful start with "Heyy Babyy", followed by successes like "Housefull" and "Housefull 2", Sajid Khan had his first set back when his "Himmatwala" remake bombed and now the failure of "Humshakals" has added to his woes.

Sajid-Farhad, who directed Akshay Kumar starrer "Entertainment", will direct "Housefull 3", but say they have no issues with Sajid Khan.

Farhad said: "Just because we are directing 'Housefull 3' that doesn't mean there is any tension between us. In fact, we got a call from (producer) Sajid Nadiadwala to direct the film. We will start shooting from early next year and since it's a big brand, we will not take it for granted."

"Housefull 3" will feature Akshay Kumar, Abhishek Bachchan and Riteish Deshmukh among others.