View Profile
Saif is at the top of his game with his latest release Love Aaj Kal doing very well at the box office. Saif admits that the change from an actor- to- a- producer has completely changed him. He is not anxiously awaiting the release of Kaminey , as he was before. Saif acknowledged that he may have made false comments about being offered a role in Kaminey but the truth is that Vishal Bhardwaj only told him about the film. Saif stated," I do not want it to be a personal battle anymore".  Furthermore, our Chote Nawab continued to say  that him, Vishal, and, Shahid a 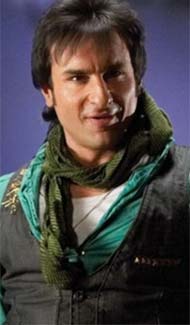 Featured Video
re not friends although he thinks Vishal is an amazing director.  In addition, Saif then talked about only hearing good things about Shahid, from Kareena and others in industry as well. He stated that if there is one thing he learned early on it is that one cannot benefit from another's failure.


Saif accepted that he went through horrible phases of insecurity in the past. He stated that those insecurities came from things such as directors like Kunal Kapoor not repeating him. He talked about going through angst in the last 18 years of his career. However, now it didn't matter to him anymore. Saif also gave another example of his insecurity - Siddharth Anand took Ranbir Kapoor for his next movie instead of him. For a change Saif at that time gained the confidence to wish Siddharth Anand good luck for his next venture. Saif then changing the subject said that he has a new philosophy in his career, the Buddhist path. He believes that if he is doing good or bad it is part of the cycle.


Saif wants to pursue a secret dream. He wants to lead the life of his father. Saif thinks his father ( Mansoor Ai Khan Pautadi ) knew the right time to walk away. He loves his father's approach to life in general. He believes his father had the strongest influence on him. He then says," He is a tiger and it is always been his rules he lived by".