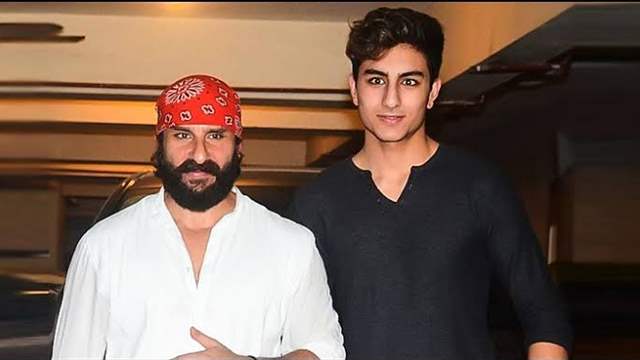 Saif Ali Khan's son Ibrahim Ali Khan is one of the most popular star kid in the industry.

Ibrahim is very much interested in sports, his photos playing football with stars often go viral.

Saif had told in one of his interviews that Ibrahim wants to become a director, not an actor.

Recently in an interview, the 'Love Aaj Kal' star opened up about his bond with each one of his children.

During the interaction, he also revealed Ibrahim’s Bollywood plans.

"Ibrahim is assisting Karan Johar in his upcoming film 'Rocky Aur Rani Ki Prem Kahani'. He is working with him, talks to him, shares his ideas. does and tells about dreams".

Let us tell you that Karan had announced 'Rocky and Rani Ki Prem Kahani' some time back.

The pair of Alia Bhatt and Ranveer Singh is going to be seen once agian in the film.

At the same time, Dharmendra, Shabana Azmi and Jaya Bachchan will play the support of Alia and Ranveer.

Jaya Bachchan is returning to the acting world for many years through this film.

According to reports, Dharmendra and Jaya play Ranveer's grandparents. At the same time, Shabana Azmi's character has not been revealed yet.

Talking about the love story of Rocky and Rani, the shooting of the film has started.

A few days ago, Alia shared a video on their Instagram in which everyone was seen on the sets.

The film was a hit on the screen and the audience liked the pair very much.

On the other hand, apart from Ibrahim, talking about Saif's work front, the actor's 'Bhoot Police' has recently been released. At the same time, Saif will soon be seen in 'Aadipurush' with Prabhas.