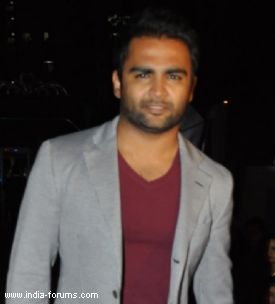 Bollywood actor Sachin Joshi, known for his work in Telugu films such as "Mounamelanoyi" and "Orey Pandu", will soon feature in the yet-untitled Telugu remake of the recent Hindi musical hit "Aashiqui 2".

Sachiin will collaborate with Telugu producer Bandla Ganesh to produce the film under his home banner Viking Media Production, a subsidiary of his Viking Ventures.

"Thanks to Bandla Ganesh for offering me 'Aashiqui 2' remake in Telugu. You are a true friend," posted Sachiin on his Twitter page.

Ganesh too confirmed his collaboration with the project.

"Sachin and I will collaborate on this project. I will be merely supervising it while he will be producing it under his home banner," Ganesh told IANS.

The rest of the cast will be finalised and the project is expected to go on floors soon.

Sachiin has also starred in Hindi films "Aazaan" and "Mumbai Mirror". His recent release was Sunny Leone starrer "Jackpot (2013)", which bombed at the box-office.