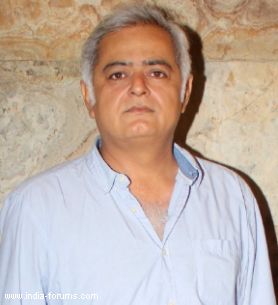 They have formed a mutual admiration society. If Mahesh Bhatt is in awe of Hansal Mehta's work, the latter is so fascinated by Bhatt that he wishes to remake his "Saaransh".

Mehta, who associated with Bhatt for "Citylights", said: "I love the kind of films Mahesh Bhatt has made and if given an option, I would love to remake 'Saaransh'."

Bhatt, who made the highly appreciated film with Anupam Kher, a newcomer then, is okay with the idea.

When asked if he is fine with Mehta's 'Saaransh' remake plans, Bhatt promptly replied: "I will be more than happy if he wants to remake 'Saaransh'."

Meanwhile, Mehta is happy the way "Citylights", which stars Rajkummar Rao and Patralekha in the lead roles, has been accepted.

"It was an honest attempt to make the film and I am extremely happy the way the film has been accepted by the audience," said the filmmaker.