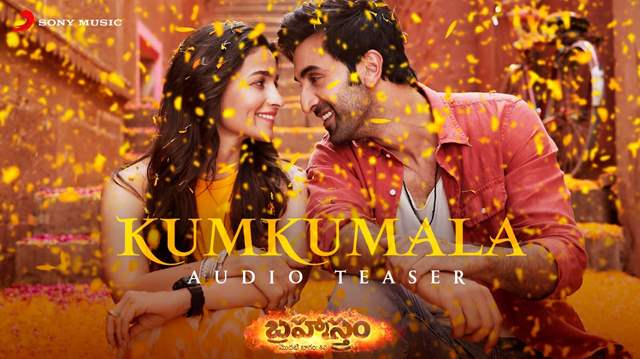 On April 13, a day before Alia Bhatt and Ranbir Kapoor's wedding, the creators of Brahmastra Part One: Shiva released the film's first teaser, and fans were blown away.

The creators have a special treat in store for fans now! S. S. Rajamouli, the famed director, went on to publish the special Telugu version of 'Kesariya' song named Kumkumala on the internet (who is presenting the film in the 4 south markets).

The Telugu version is sung by the renowned Sid Sriram (who recently sang the blockbuster Srivalli) while lyrics is by veteran Chandrabose whose recent hits include Pushpa and RRR.

Brahmāstra Part One: Shiva releases on 9th September 2022. The movie is presented by S. S. Rajamouli in Telugu, Tamil, Kannada and Malayalam