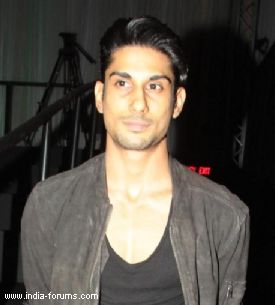 Actor Prateik Babbar Wednesday announced that one of his movies, "Rum Pum Posshh", has been shelved due to financial problems.

He was roped in to play a writer in the psychological thriller.

"Sad news to share. 'Rum Pum Poshsh' has been stalled due to financial complications," Prateik posted on his Twitter page.

However, he promises some "brilliant" entertainment in the coming years.

Meanwhile, Prateik has been busy shooting for a new film at Filmistan Studio here. He even caught up with Salman Khan.

"Spent the day chatting with (bhai) Salman Khan yesterday (Tuesday) till late at night, in between shots. We were both filming at Filmistan Studio," he added.

On the big screen, Prateik was last seen in "Issaq".