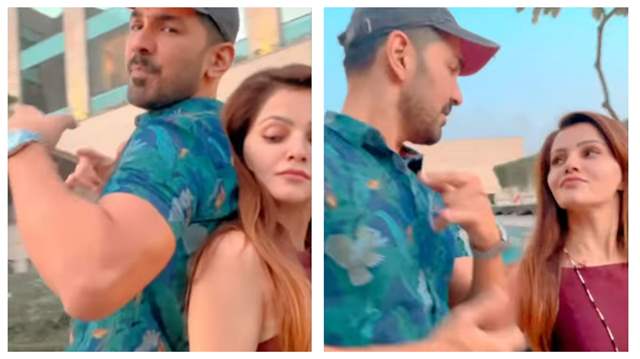 Bigg Boss 14 has ended almost three weeks ago and while we have already seen an array of reunions already, one that we haven't seen yet is the quartet if Rubina Dilaik, Abhinav Shukla, Jasmin Bhasin and Aly Goni.

Of course, it seems almost impossible to make this happen given the massive tiff between Bhasin and Dilaik and now even Bhasin and Shukla, it seems a voluntarily reunion might not happen.

But that doesn't mean that they don't appreciate each other where Dilaik and Shukla in fact went on to recreate the latter's now hit music video - Tera Suit with Tony Kakkar.

Shukla and Dilaik created a reel where they danced in their way to the song and it was indeed amazing. In fact, Bhasin and Goni both went on to appreciate it and commented 'superb' and 'wow' respectively- 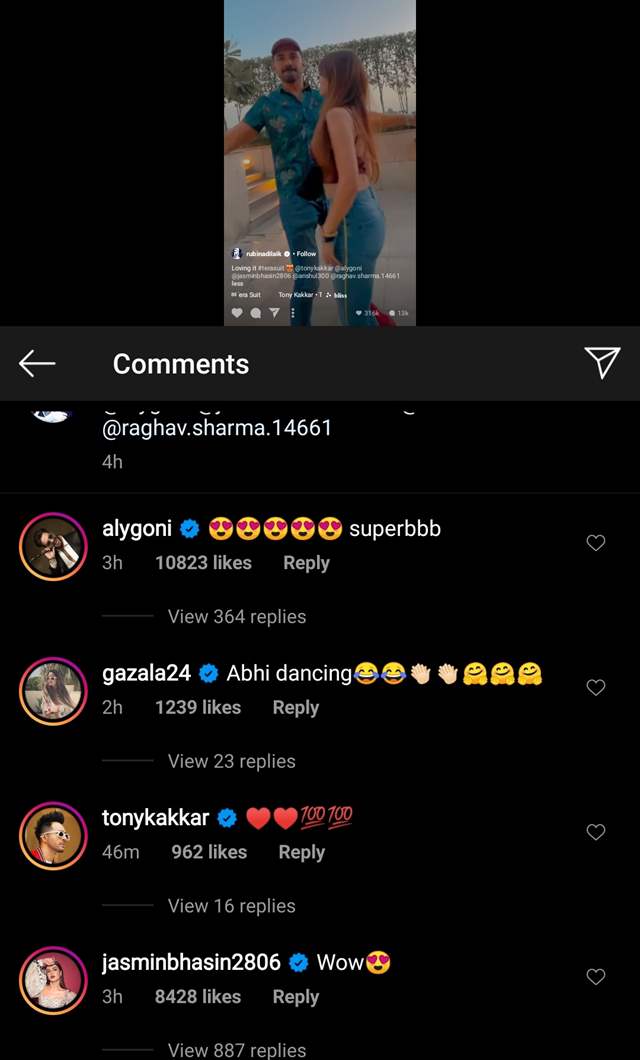 We don't know if all the animosity between this set if people is over or not but we certainly can hope.